One of the harder concepts in C++ is the concept of pointers. Pointers have everything to do with the very nature of the language: C++ gets you pretty close to the hardware you are working with, and one of the most important parts of that hardware is memory. In this tutorial, you will learn to use pointers to refer to memory addresses.

For this tutorial, you will be using the same template from the 2nd tutorial:

Your system probably has a few GiB (or more commonly but incorrectly denoted GB) of memory, which roughly corresponds to a couple billion bytes:

Each of the billions of bytes of data is stored in the memory of your computer and can be referred to by its memory address. In a 32-bit processor, memory addresses are represented as a 32-bit number. This means that (theoretically) a 32-bit computer can access a maximum of \(2^{32}\) unique memory addresses. Since each memory address refers to a unique byte in memory (since memory is byte addressable), that’s 4,294,967,296 bytes, or 4,194,304 KiB, or 4,096 MiB, or 4 GiB.

Back to the screen

Load up a fresh template project. Have a look at the Surface::Bar method in surface.cpp:

This function draws a bar. At the first line of this function, a pointer is created (denoted by the asterisk symbol *). Once line 202 is executed, the pointer a will contain the memory address of the first pixel to start drawing the bar. Then the function proceeds with drawing the actual pixels: it loops over the lines that contain the bar (y1 to y2), and then over the rows that contain the bar (x1 to x2). However, it does not use the Plot function: instead, it writes directly to the memory address that contains the screen pixels.

So, let’s do some experiments. Copy the following Game::Tick method:

This code gets the memory address of the screen surface in memory, and stores it in a pointer variable (address). Then, it uses a single for-loop to fill (most of) the screen. 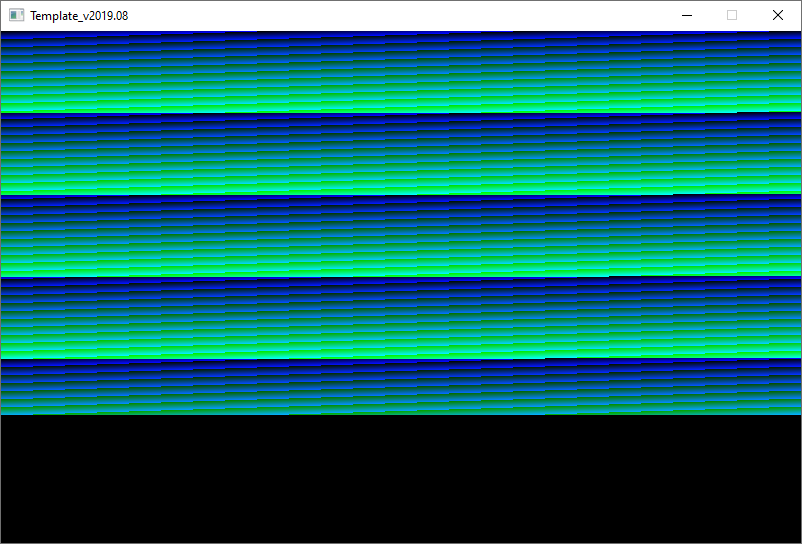 The result of writing directly to the screen buffer.

This gets us a blue vertical line. 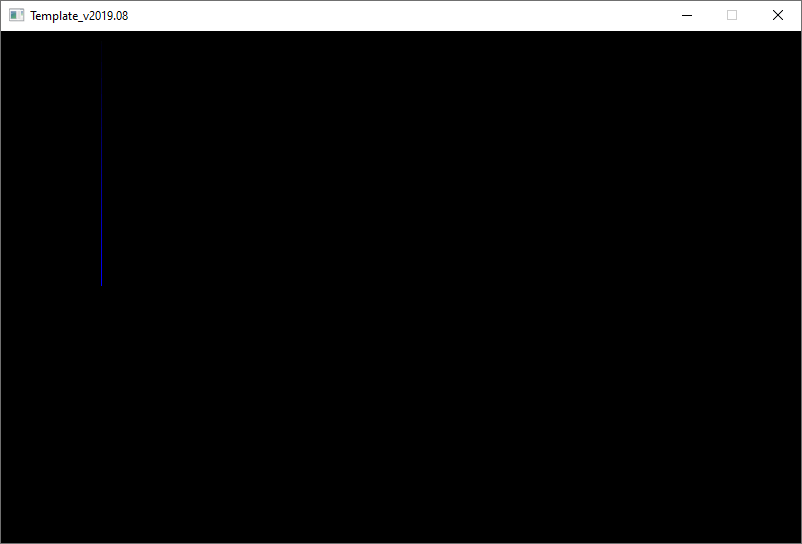 Vertical blue line. You may have to click on the image to show it at 100% zoom.

This demonstrates something important. The lines of your screen may appear separate, but they are not: in memory, your screen is one continuous line in memory, consisting of 800 * 512 pixels. That means that you should look 800 pixels further to get to the next line. Which is exactly what above code does. This also explains why printing text too close to the right edge of your window makes it wrap to the left side: there is no right edge.

Let’s leave the screen pixels for a moment. Copy the following Tick function:

So why are pointers so important in C++? The reason is: performance. When you plot a pixel at coordinate (x, y), in the end all that matters is that some value at some memory location changes. That’s a simple operation, in principle. But when you only have x and y, you need to calculate that address: it’s on line y, so at least 800 * y pixels past the start of the first address of the screen memory. Add x to that to get the correct address. Oh and don’t forget the address of the screen itself. So the formula is: screen->GetBuffer() + x + y * 800. At that point you just have the address, so you still need to plot.

That’s an awful lot of work for a single pixel. If you know the address, all you need to do is put a value right there. Pointers give you low-level control over memory. This gives you fine control over the work that is carried out, and this in turn gives you raw performance (and thus, speedy games).

Here’s your task for today:

Make sure that the image that you use for step A is suitable for the other steps. Also note that even though we’re moving a single pixel now, but this will become an avalanche soon 🙂 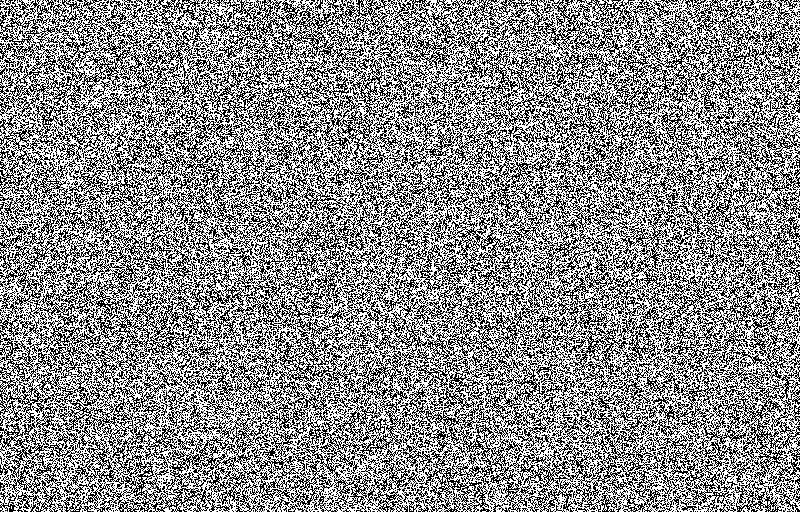 You can use this noisy image for this assignment.

For this assignment, you need to use pointers: it’s also a great way to read screen pixels rather than writing to them.

If you’ve completed the assignment, you should see something similar to the video shown below (the green dot is larger than a single pixel so that it is more visible in the video, but you only need to draw a single green pixel):

Once you have completed this assignment, you may continue with the next part.