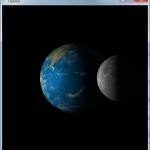 In this article, I will demonstrate how to apply 2D textures to your 3D models. I will also show how to define lights in your scene that are used to illuminate the objects in your scene.
I assume that the reader has a basic knowledge of C++ and how to create and compile C++ programs. If you have never created an OpenGL program, then I suggest that you read my previous article titled “Introduction to OpenGL” here before continuing with this article.

Texturing an object is the process of mapping a 2D (or sometimes 3D) image onto a 3D model so that you can achieve much higher detail in the model without using a lot of vertices. Without textures the only way to acquire the level of detail that can be achieved using texture mapping would be to specify a different colored vertex for each pixel of the screen. As you can imagine, adding detail to a model in this way can be very inefficient.

Lighting is required to set the mood for a scene. Lighting also provides a cue to the eye what the direction and shape of an object has. With the correct use of lighting we can make a scene dark and gloomy or bright and cheery.

Materials are used to determine how the light interacts with the surface of the model. A model can appear very shiny or very dull depending on the material properties of the model.

For this article, I will rely on several 3rd party libraries to simplify programming.

The image below shows the texture coordinates and the corresponding axes that are used to refer to the texels. 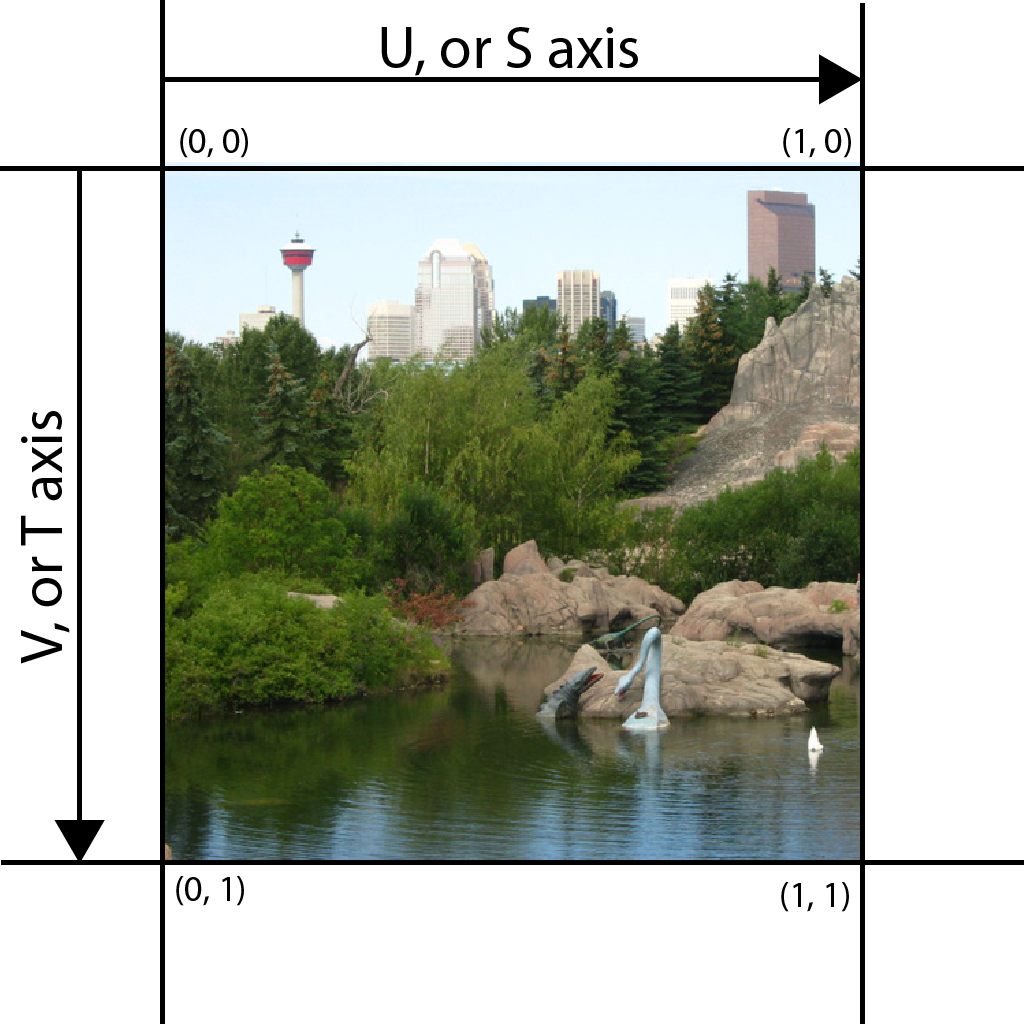 That’s it. The textureObject now refers to a texture that is loaded in graphics memory and can be used to apply textures to models.

This example shows loading a JPEG file from a mythical path, but SOIL has support for BMP, PNG, TGA, DDS, PSD, and HDR file types.

The function shown here will load an image directly from disk and create an OpenGL texture object and return the ID of that texture object, ready to be used by your application. If an error occured while trying to load the texture (for example, the specified file was not found) this function will return 0.

This function has the following signature:

2 thoughts on “Texturing and Lighting in OpenGL”