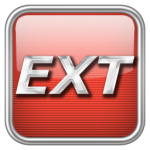 In this article I will talk about OpenGL extensions. Every extension is defined by an extension specification. I will explain how to read the extension specification so that you will know how to use the extensions. I will also show how you can check for the existence of extensions and how to initialize extensions in your own source code. I will show how you can use GLEW to query and use extensions with very little extra effort.
I assume the reader is familiar with the C++ programming language. If you want to know how to start programming in OpenGL, refer to my previous article titled Introduction to OpenGL.

Extensions in OpenGL are the mechanism to introduction new features and techniques into the OpenGL programming API. The DirectX API however releases regular updates to the SDK which exposes new features and new technology to the graphics programmer. This requires the developer to download the latest DirectX SDK for every new release if you want to target the new features of the API. OpenGL on the other hand delivers new technology and features through extension specifications.

Vendors (like NVIDIA and AMD) must implement the extension specifications in their driver software that they deliver with their products. When you update your driver software, you will usually receive a new version of the OpenGL32.dll (on Windows) which will be loaded dynamically by your OpenGL applications. Your application can then query the DLL to find out what functions and features are supported. You must obtain pointers to functions that exist in the DLL in order to use the extension’s features.

In this article, I will explain how to read and understand the extension specifications so that you can use the extensions in your own applications.

An example of a valid extension name is:

Their are 4 tiers that an extension can be in: single vendor, multiple vendor, ARB approved, and core. It is possible that an extension with the same name may appear in different tiers but there may be subtle differences between the two similar extensions that you should be aware of.

The following table defines the the different vendor codes.

Some examples of extensions that are vendor specific are:

When multiple vendors want to jointly implement an extension, the EXT prefix is used to identify the extension.

Some examples of multi-vendor extensions are:

Some examples of ARB approved extensions are:

For example, the ARB_vertex_buffer_object extension has been integrated into the core specification in OpenGL 1.5. So using the extension specification, you can still query for the existence of the GL_ARB_vertex_buffer_object extension and you will use the glGenBufferARB, glBindBufferARB, glBufferDataARB, etc… functions but if the graphics adapter is guaranteed to support the OpenGL 1.5 specification, you can also query for the core versions of these functions (glGenBuffer, glBindBuffer, glBufferData, etc…) without the ARB suffix.

Some extensions can apply to several API’s. The extension strings append a prefix to the extension name that also qualifies the API the extension is used in. The name strings is also the string that you will use to query for the existence of the extension in the specific API.

Using the name string to query for extension support will be shown in this article.

As an example, the GL_ARB_vertex_buffer_object extension is number 28.

This section will list all of the new functions that are exported by this extension. Each new function must be suffixed by either the vendor code (NV, ATI, AMD), the multi-vendor extension code (EXT), or the Architecture Review Board code (ARB). For example, the ARB_vertex_buffer_object extension exports the following functions:

When the extension gets moved to the core, the ARB suffix is removed from the function names.

In some cases, an extension may introduce new types. The specification must provide enough information to define the new types using common C-language binding definitions.

For example, a new type with the name GLhandleARB might be defined in the specification like this:

Tokens are the constant enumeration values that are used in procedures and functions where a constant type or a bitfield pattern is expected. These types are usually used in places where a GLenum or GLint values are expected.

New tokes are usually separated in the extension specification based on the procedures and parameters that accept them.

For example, you may find the following in the ARB_vertex_buffer_object extension specification:

Prior to OpenGL 3.0 the method for querying for supported extensions required the use of the glGetString method passing GL_EXTENSIONS as the only parameter. The function will return a pointer to a GLubyte array (which can be cast to const char* type so it can be treated like a string). The string returned by this function is a space-delimited list of all supported extensions. It is the responsibility of the application programmer to correctly parse this string to determine if the requested extension is available.

As of OpenGL 3.0, the accepted method for querying for supported extensions is the new glGetStringi method. Since this method was introduced in OpenGL 3.0 it will not be immediatly available and you must retrieve a pointer to the glGetStringi method from the vendor supplied OpenGL library.

Extension declarations are separated into three different header files depending on the API. Since these header files are updated for every new extension that is introduced, you will not find them in the default include paths together with the “gl.h” header file. You must download these files manually from the OpenGL registry and include them in your project’s include paths.

The glGetStringi method declaration is in the glext.h header file.

We must first define a pointer to a function that will be used to store the entry-point to the glGetStringi function that is exported from the library.

The PFNGLGETSTRINGIPROC symbol is a typedef of a function pointer that has the signature of the glGetStringi method. The glGetStringi variable will be used to store the pointer to the function defined in the OpenGL library.

Get the Function Pointer

To get the pointer to the “glGetStringi” method, you would do this on the Windows platform:

or this on the X-windows platform:

If the requested function is not exported from the OpenGL library supplied by your hardware vendor, then a NULL pointer is returned by these functions.

We can define a method that will return true if a particular extension is supported on the current system, or false if it is not. Let’s see how we might do this.

First, we’ll define a function that can be used to split the extension string into a list of extension tokens.

The IsDelimeter function simply checks to see if the character c is one of the delimiters in the delimeter string.

The TokenizeString function will split the string str into a list of tokens. The delimiters in the original string will be discarded by this function.

With the TokenizeString utility function, we can query the extension string from OpenGL and split all the extensions into a list of tokens to check for the existence of a particular extension.

This function provides a fall-back method if the glGetStringi method was not exported from the OpenGL library. In this case, the glGetString method is used to query the space-delimited string of supported extensions. The TokenizeString method (shown above) will split this string into a vector of extension name strings.

If the glGetStringi is not NULL then we can use the new method for querying the extension strings. In this case, we must first query the number of supported extensions using the glGetIntegerv method and the GL_NUM_EXTENSIONS token (this token is define in the glext.h header file).

We then loop from 0 to (GL_NUM_EXTENSIONS – 1) querying the extension names strings using the glGetStringi method.

The method shown in the previous section seems very tedious and complicated. There must be a way to avoid creating all of this boiler-plate code over again in every new OpenGL demo you want to create? Introducing GLEW!

On the GLEW download page, there are several options for obtaining GLEW:

When you install GLEW, I don’t recommend you follow the instructions on the GLEW webpage to install GLEW into the default include paths for Visual Studio unless you don’t plan on distributing your application. If however you want to share your source code for your OpenGL demo, you will want to make sure that whoever you are sharing your demo with can also access the same version of GLEW that you used to create the demo without requiring them to download GLEW too. To do that, you will want to distribute GLEW together with your project’s source files. I recommend you unzip the GLEW source files and binaries to a folder that is accessible relative to your project files. For example, I usually create a sub-directory called “externals” at the same location as my Visual Studio solution file where I extract all of the 3rd-party include files, source code, and binaries that are needed by all of the projects in the solution.

If you are linking against the static library, you also need to specify glew32s.lib in the “Additional Dependencies” option and if you plan on loading the glew32.dll file at runtime, then you should link against the glew32.lib file.

GLEW can either be statically linked to your application or dynamically linked using the glew32.dll library. I prefer to use static linking for GLEW.

To use the static library you must define the GLEW_STATIC macro in your code before you include the glew.h header file.

GLEW can be initialized only after an OpenGL context has been created. If you are using GLUT or freeGLUT, this only happens after the window has been created with the glutCreateWindow function.

To initialize GLEW, you simply use the glewInit function.

If glewInit returns GLEW_OK then initialization succeeded and you have access to all of the OpenGL core functionality and extensions.

You can start using the extension functionality right away, but it is usually a good idea to check for the extension support before using it. You may have support for all of the extensions you plan to use in your demo, but someone else running your demo may not.

GLEW defines a set of variables that can be used directly in your code to query for OpenGL version support or extension support. To check if a particular version of OpenGL is supported, you can use the following code:

Using this same mechanism, you can also check for a particular extension:

You can also check for support of multiple extensions and core profile versions using the glewIsSupported function. This function takes a space-delimited string of extensions to check for and returns true if all of the extensions are supported.

Using the glewIsSupported function we supply the extension name strings as they appear in the extension specification (without the GLEW prefix).

If everything is okay, you can simply use any of the functions, types, and tokens defined in the specification. No further work is required to get access to the function pointers defined by each extension, GLEW does that part for you.

With GLEW initialized and support for the required extensions have been confirmed, you can simply use any of the functions, types and tokens that are defined in the extension specification.

For example, to use the glGenBuffersARB function that is defined in the ARB_vertex_buffer_object extension, you would simply invoke it:

Using GLEW we’ve seen how we can simplify the process of checking for extension support and getting access to the procedures and functions that are exported by the extensions.

In a later article, I will show how you can use the ARB_vertex_buffer_object extension to enable storing vertex information in GPU memory for faster rendering.