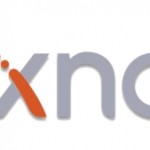 This article will step you through the process of getting started with XNA. I will show how to setup a new project using XNA Game Studio. This article is the basis for the following articles regarding XNA development.

XNA Game Studio is a great way for beginning game developers to start creating games quickly. XNA is built on the .NET framework which allows you to develop games relatively easily in C#.

The MSDN App Hub provides articles, code samples, and tutorials for getting started with XNA (and Windows Phone 7 development). There is a lot of information there to get you started – so much information in fact that you may seem overwhelmed and not have a clear idea of where you should actually start. This tutorial series will try to break-down the difficult process of getting started as a game developer and get you up and running as quickly as possible.

Before we can start developing an XNA Game title, we need to make sure we have a few software packages installed.

You will need to have either Visual Studio 2008 or Visual Studio 2010 installed before you can start developing games using XNA Game Studio. I will not describe the process of installing the Visual Studio development environment in this article because it is probably slightly different for each version of Visual Studio.

Before we can start developing the next-gen state-of-the-art blockbuster game, we need to create a new game project in Visual Studio.

You will be presented with the New Project dialog box shown below. 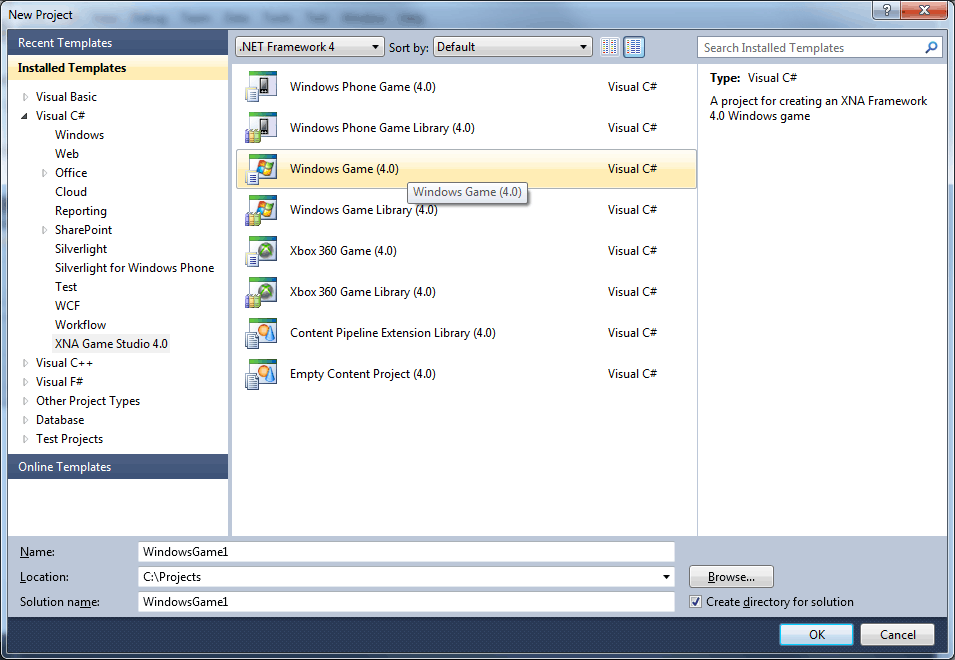 The right-pane will display the available project templates that you can choose from. Choose the “Windows Game” template to create a new game project.

Converting your Windows Game project to target one of these two platforms is beyond the scope of this article but I would like to create an article later that deploys a Windows Game to the XBox 360 platform.

Choose a name for your new project in the “Name” text field, a location where the new solution should be stored in the “Location” field, and optionally, you can specify a different name for the created solution in the “Solution name” field.

Press the big scary “OK” button when your ready to create the future of video games.

Depending on what version of XNA Game Studio (and thus Visual Studio) you are using, you will be presented with a different view of the initial project in the solution explorer. 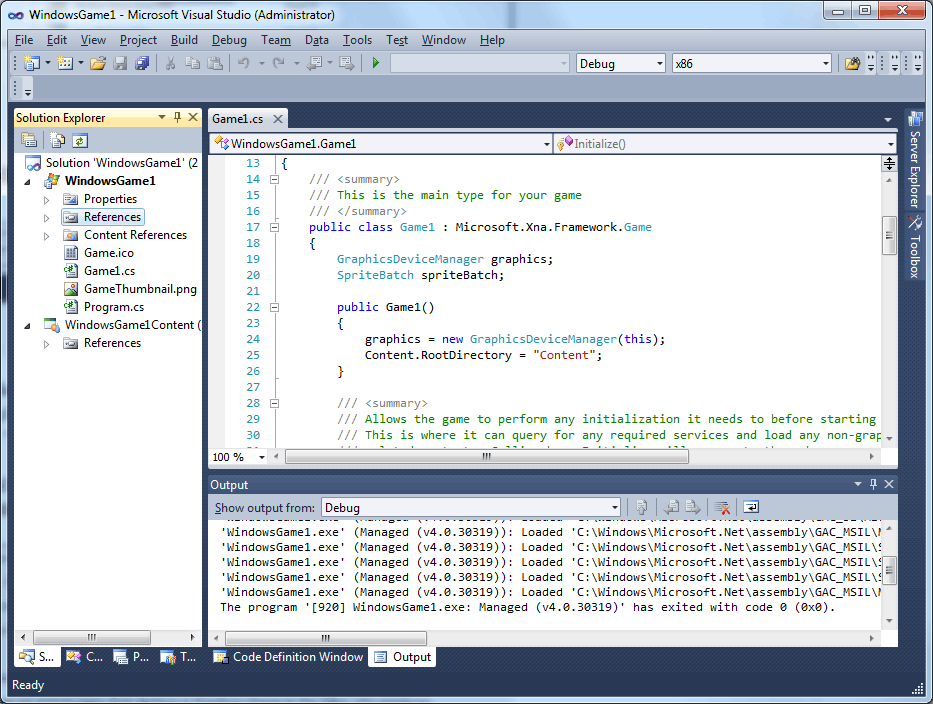 Your new Game project will have a few default files available to you:

At this point, you can already run the newly created game project. To run the game, select “Debug -> Start Debugging” (F5). You should be presented with a window with a cornflower-blue background. 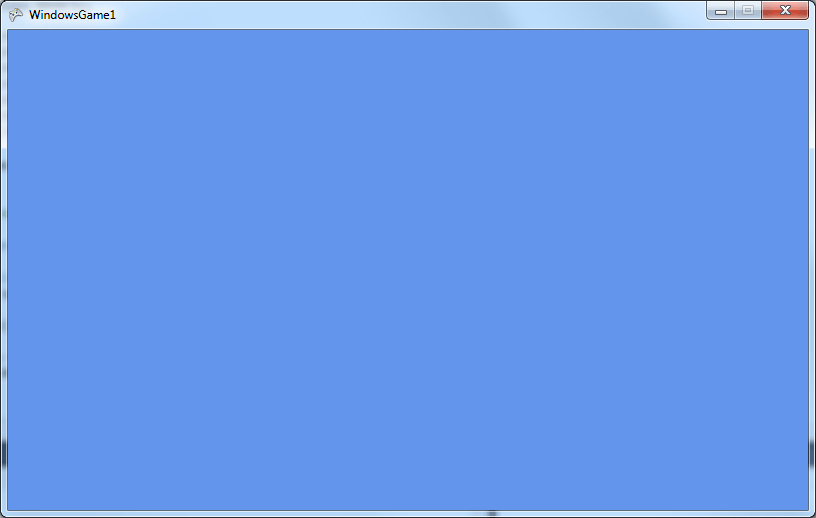 Although not very interesting, you do have the beginnings of a potentially beautiful creation.

Let’s take a closer look at the Game1 class.

The first thing you may notice are the using statements at the beginning of the file.

In the constructor of the Game class, a new GrapicsDeviceManager is created, passing this Game object as the only parameter.

The Game class also creates a ContentManager object that is accessible via the Content property of the Game class. The ContentManager is used to load content into your game. In the constructor of the Game1 class, the base directory for game assets is specified. This folder is relative to the game’s executable file. In a later article, we will add some content to the Content project and use this content in-game.

In your own derived Game class, you will override the Initialize method. This method is used to create any GameComponent(s) or game services that will be used by your game. Game components and game services will be discussed in more detail in a later article.

By default, no components or game services are added to the game.

You should not use the Initialize method to load game content. Game content (images, fonts, models) will be loaded in the LoadContent method described next.

Another method that you will override from the Game class is the LoadContent method. The purpose of the LoadContent method is to load all the data that has been added to the Content project (or Content sub-project if you are using XNA Game Studio 3.1). Images, shaders, models, fonts, are assets that you want to load into your game in this method. By default, there is no content to load but in a later article, we will load fonts and images in this method.

The default template also creates an instance of a SpriteBatch object, but it is not used anywhere else in the template.

The Update method is responsible for updating all of the game logic. Here you will handle user input, update the position and orientation of game objects (including the camera), do collision detection for your physics simulation and possibly add and remove game components from your game’s component collection.

By default, the game only checks if the back button has been pressed on the first game pad connected to the PC. If so, the game will exit. If you also want to be able to exit the game by pressing the Escape key on your keyboard, we can modify this method to also check if the escape character is pressed.

The final method that you will want to override is the Draw method. In the draw method, you will render all of the game objects to the screen. Rendering of drawable objects will be covered in a later tutorial.

The objective of this brief tutorial is to introduce you to the XNA framework and get you started by creating a new Game project.

In later tutorials, I will explore loading images and fonts and creating a very basic 2D game.